Skip to primary content
Jeff Archer
Today, we hear about child abuse and the subject is well-discussed. On October 10, 1990, one of the world’s most infamous incidents of child abuse occurred and was seen worldwide: a 15-year-old Kuwaiti girl, using the name Nayirah, testified before US government officials that she saw Iraqi troops in Kuwait rip babies from incubators and left them on the floor to die while they sent the incubators to Baghdad. We all know today that was a lie. Her father, the Kuwaiti Ambasssdor to the US, Saud Bin Nasir Al-Sabah, concoted the story and along with the pubic relations firm, Hill and Knowlton, coached her for hours before her testimony. I would think that forcing one’s 15-yeaer-old daugther to lie to the world would surely be a blatant incident of child abuse. Soon after, a bogus book called “The Rape of Kuwait” emerged and re-told the incubator lies. It sold many books. When asked if the Kuwaiti government financed the book in any way, the author, Jean Sasson and the publisher, Knightsbridge became very offended in their denial. Well, the Kuwaiitis certainly did finance the book and included an extra half million dollars to the publisher for him to do whatever he wanted with the money. Below are the two pages of a letter sent from the Ambassador on December 27, 1990, giving details about the Kuwaiti government financing the project. It states that no one except the publisher, the author and the Kuwaiti Embassy should ever see the letter’s contents. 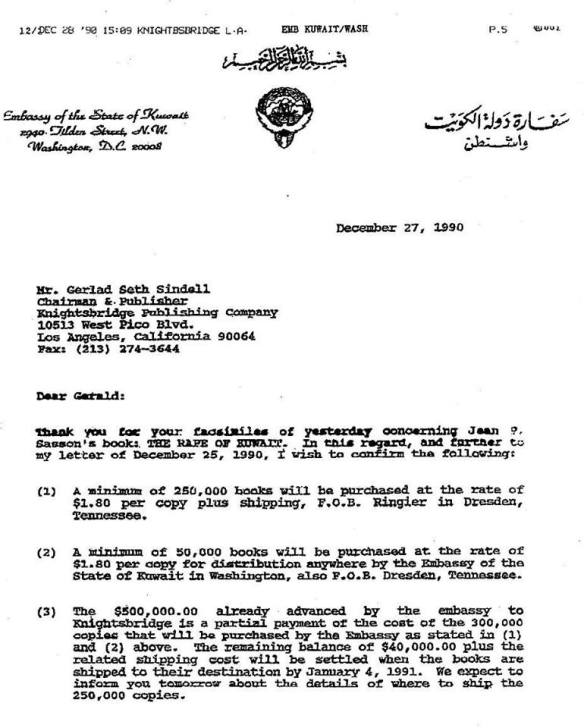 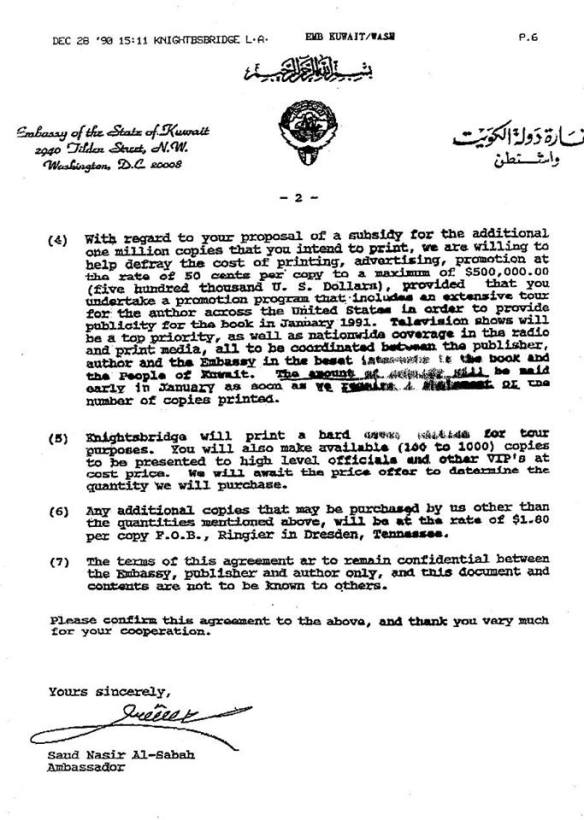